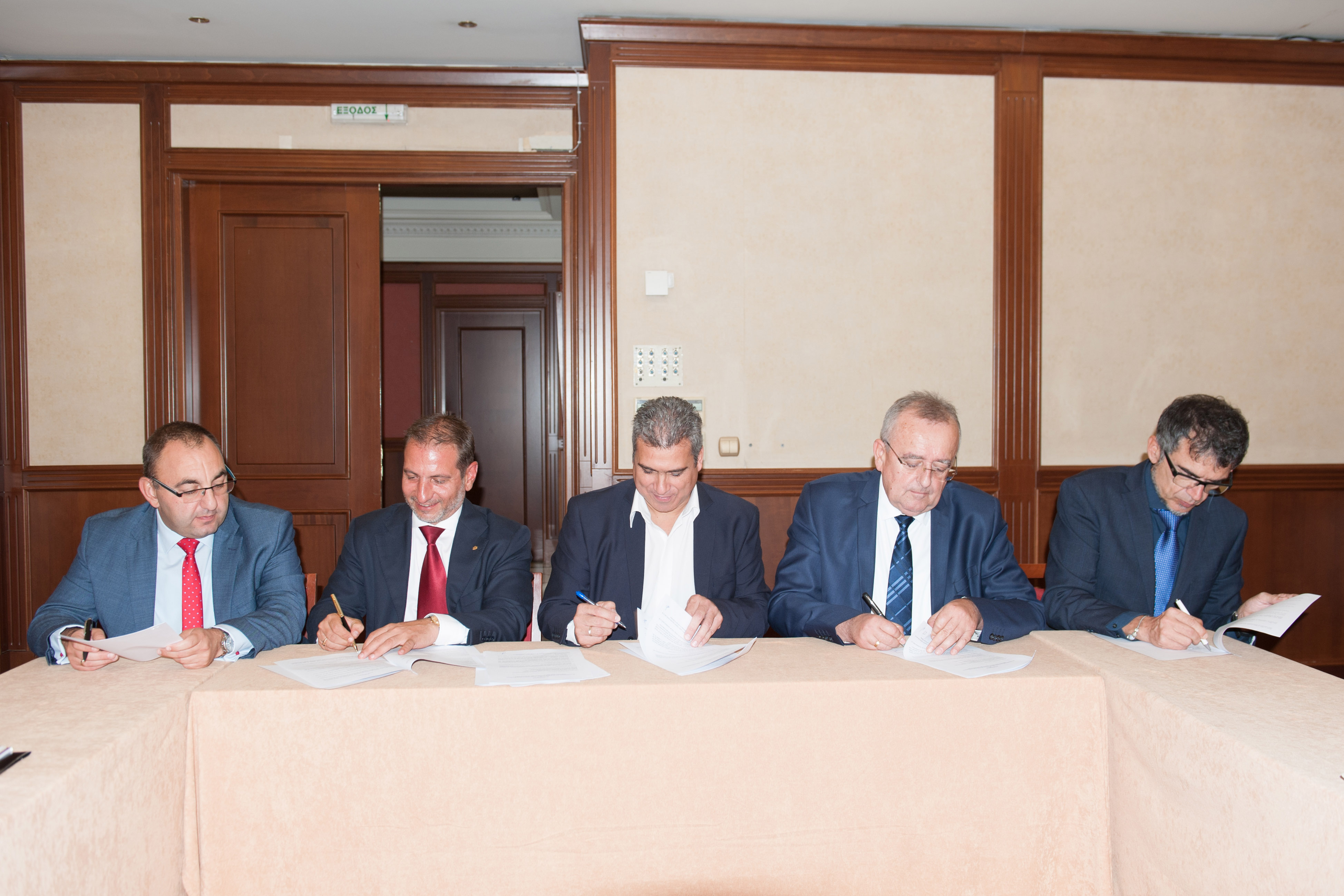 The Energy and Water Regulatory Commission of the Republic of Bulgaria was elected as Presidency of the newly established Advisory Forum of the National Regulatory Authorities of the Balkan countries. This was decided on 29.09 in Thessaloniki at the meeting of the of Bulgarian, Greek, Serbian, Macedonian and Montenegrin energy and water regulators, where an agreement was signed on the establishment of the new forum. Bulgarian regulator was presented at the meeting by EWRC members Alexandar Yordanov and Evgenia Haritonova and by experts from the Electricity and Natural Gas Directorates. The Initiative for the establishment of a Permanent Advisory Forum was launched by EWRC at the regional meeting of the Balkan Energy Regulators held in March 1-2 this year in Veliko Tarnovo, where it was commonly agreed that this would stimulate fruitful multilateral dialogue and help to structure the important issues of common interest and to develop joint decisions and actions.

The main purpose of the Balkan Advisory Forum according to the signed agreement is to strengthen cooperation between Member Countries to develop a stable regulatory and market framework that contributes to investments in the gas, electricity and water sectors and to sustainable, competitive and affordable services to consumers. The Forum will provide a framework for discussion, exchange of experience and development of common positions and recommendations on regulatory issues. The members of the new forum will also coordinate their actions to ensure energy supplies in the region through optimal use of interconnections and energy sources, suppliers and transmission routes diversification. Countries’ efforts to  promote competition in the energy market at regional and European level and convergence of positions to establish harmonized, transparent and non-discriminatory rules for the regional market integration will be an important focus of the Forum.

The agreement establishes a governing body of the Forum - a Board of Regulators, involving senior representatives of the founding national regulators. On specific topics, working groups of experts from national regulatory bodies will be formed to analyze and address specific issues in the energy and water sectors. The Advisory Forum is also open to membership of other national regulatory authorities in the region.

The Advisory Forum’s Board of Regulators will hold annual meetings in autumn to adopt a basic framework for discussions over the next two years on priority topics for the participants. The annual Board meeting will be led by the national regulator, who is elected on a rotating basis as Presidency of the Forum in the respective year. The Presidency will determine the long-term Forum goals and will prepare a general plan on the themes and main issues to be addressed at the annual Board of Regulators meeting.

Following EWRC election as Presidency during the first year of the Advisory Forum, the Annual Board of Regulators meeting will be held in Sofia.