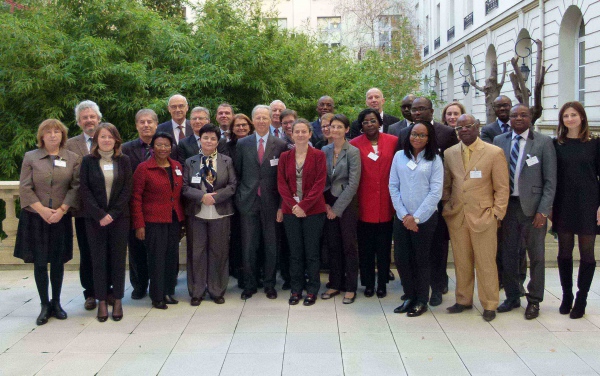 In the words of Assoc. Prof. Ivan Ivanov, PhD, the entering of EWRC in the international organization confirms the Regulator’s aspiration to be an active participant in shaping the framework policy in the energy sector

At an international meeting in Paris with the participation of twenty national regulators’ leaders from the EU, Canada and Africa Francophone Network of Energy Regulators was established. The initiative is of the Energy Regulatory Commission (CRE) of France and its President Philippe de Ladoucette. The founding forum was attended by representatives of the European Commission, European and regional regulators cooperation organizations. Bulgarian energy regulator was represented by its Chairman Assoc. Prof. Ivan Ivanov, PhD.

International cooperation has a significant role in increasing the capacity of regulatory bodies and in achieving the objectives of regulatory policies in the energy sector in the Member States, stressed in his speech Assoc. Prof. Ivan Ivanov. Along with the regular participation of EWRC experts in the activities of energy regulators’ associations at European and regional level, joining the newly founded organization is yet another confirmation of the Bulgarian regulator’s aspirations to be actively involved in the processes of formation and implementation of these policies, he said.

Participants at the meeting adopted a Final Declaration, which emphasizes the mission of the Network to actively support the convergence of energy sector regulatory objectives for economic and social progress in individual countries. The document highlights the role of dialogue in key issues of the regulatory policies allowing issues and topics of common interest to be identified and best practices to be applied. Charter was adopted by the Francophone Network of Regulators, which defines its objectives, tasks and operational rules. The newly established organization shall encourage the development of cooperation between energy regulators in order to improve their institutional capacity through discussions on current issues of regulatory policies, organizing training programs and technical exchanges between member-states.

Bulgaria's participation in the International Francophonic Movement marks its beginning for more than two decades. Since 1993, our country has been a full member of the International Francophonic Organization, which today joins 55 member-states and 13 countries as observers. In recent years, in the scope of the organization increasingly important place is set for cooperation programs at expert level in various areas and for the development of contacts between ministries, state institutions and professional associations.